All audiences from 9 years-old

Between two bad encounters at school and his exasperated mother’s attempts to help, Léon secretly eats iron nails. Leo the Zero , as other children like to call him, dreams of becoming a train, bigger and more powerful than everyone else. This way, he would be strong, solid and steadfast. And immune to the bullying he has to endure from his “friends” on his way to and from school. Invincible like his big brother Ethienne…

Leo the Zero premiered in September 2005 at the Festival mondial des arts pour la jeunesse. It has since been performed more than 165 times in Québec and France where it is touring for the 7th time. Leo the zero was created in Calgary in May 2009.

This play shares many of the same features with the storytelling genre, both with respect to the story itself and the form it takes. The directing mirrors these specific features by also employing techniques used in storytelling. The narrative form is reminiscent of a storyteller who tells their story while also embellishing, going back and forth between fiction and reality, in and out of the story at their own discretion. At the same time, the storyteller connects personally and directly with the audience. Léon is like a storyteller of his own childhood, both past and present.

The work was published by Lansman in 2004. 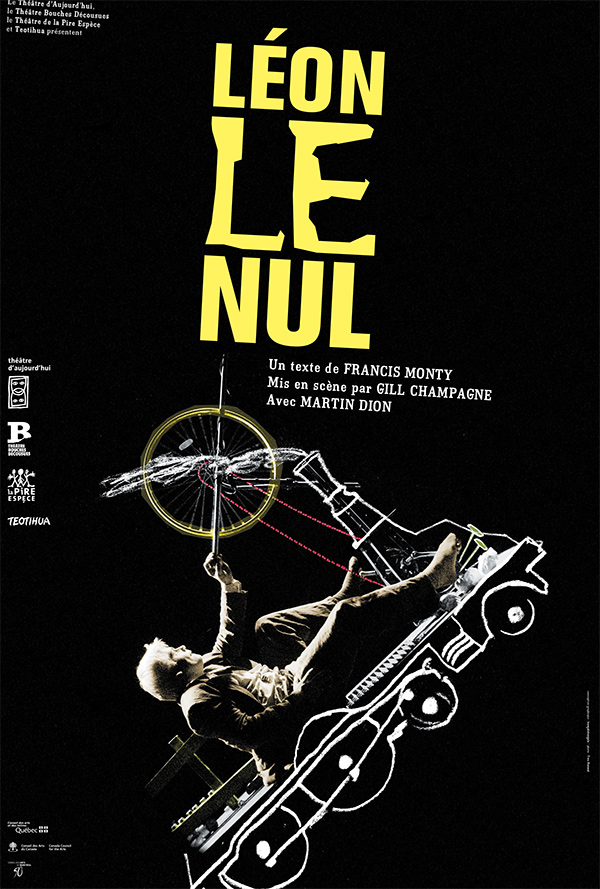