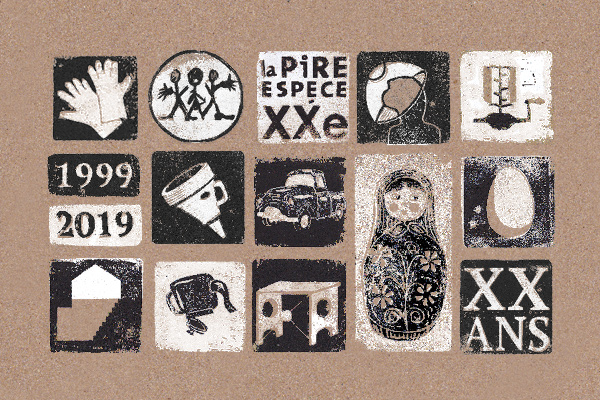 To celebrate its 20th anniversary, the company wants to pay tribute to the objects it has had dubious the pleasure of meeting. Fifty such objects will be showcased on a website, the Object Bestiary, which will serve as a virtual display case. Images and texts will be progressively added between February and June 2019. Some are from shows, while others illustrate the art of object theatre.
The Object Bestiary is set to become a unique creative space, a patchwork where archives, interviews, memories, testimonials and evidence will be exhibited next to unpublished works and original linocuts by Julie Vallée-Léger. 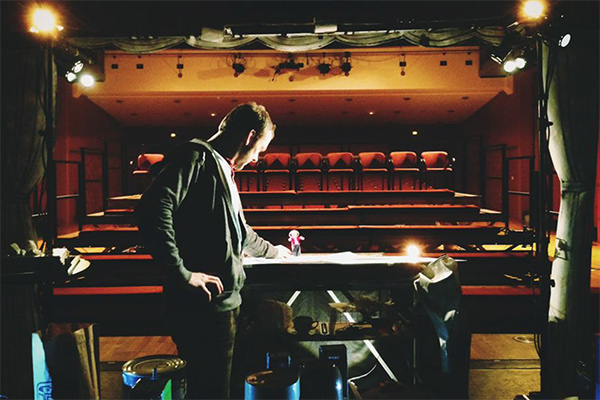 Creation is often perceived as a mysterious, intimate, almost magical world. This is often the case when the rehearsal room turns into a timeless bubble for the exuberant and enthusiastic teams working on a production. You’ve been wondering what exactly goes on during rehearsals? Would like to understand the creative process behind a show? La Pire Espèce Creative journal is there to provide a little insight, but don’t expect to find any clear answers! (in French) 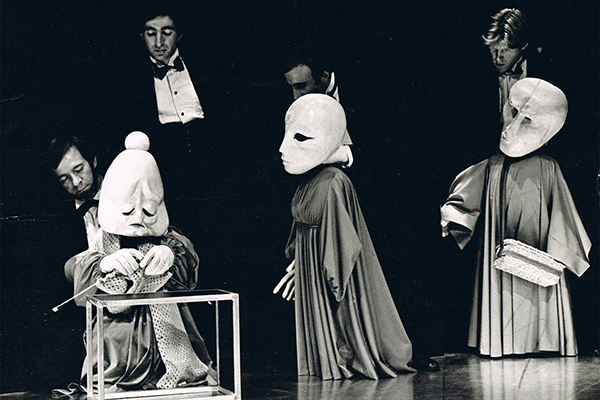 On this website, you will find information on the life and the extraordinary work of this trailblazing puppeteer, tributes from his close collaborators, press reviews, photos of his shows and his puppets, as well as excerpts from a personal journal he kept throughout his creative life. 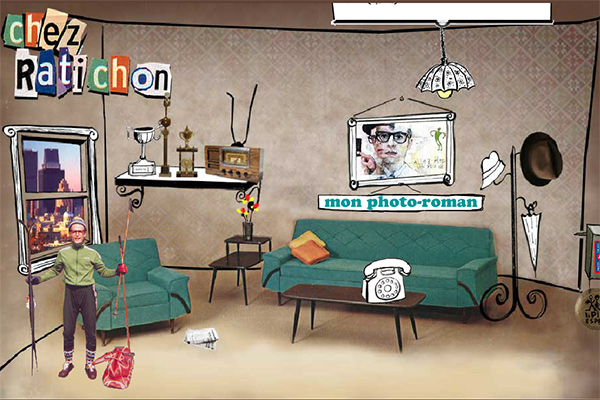 The incredible, indestructible and immortal Monsieur Ratichon, being the clown that he is, still lives in his dubious apartment. Visit his sound site: Chez Ratichon (Mr. Ratichon’s place)