All audiences from 9 years-old

Between two bad encounters at school and his exasperated mother’s attempts to help, Leo secretly eats iron nails. Leo the Zero, as other children like to call him, dreams of becoming a train, bigger and more powerful than everyone else. This way, he would be strong, solid and steadfast.

Written by Francis Monty in 2001, Leo the Zero (original title: Léon le Nul) is a powerful text that tells the story of Leo’s life. At school, little Leo is the scapegoat of his classmates. At home, he tries to find his place between his nervous and impatient mother, and his brother Terryy, an excellent chocolate salesman swimming in cash and oh-so sure of himself. In a bid to escape, Leo dreams of become a train – both tough and powerful. He swallows nail after nail as he waits for his birthdays to turn his legs into wheels.

Broadcast in 2003, and published by Lansman (Belgium) in 2004, the original work was staged for the first time in 2005 as a Théâtre d’Aujourd’hui, Théâtre Bouches Décousues and Théâtre de la Pire Espèce co-production (Montréal, Québec). Léon le nul has been performed more than 165 times in Québec and France before enthusiastic francophone audiences. The English translation, Leo the Zero, and the Spanish translation, León, el Bueno para nada have been performed in Mexico, the UK and Canada. 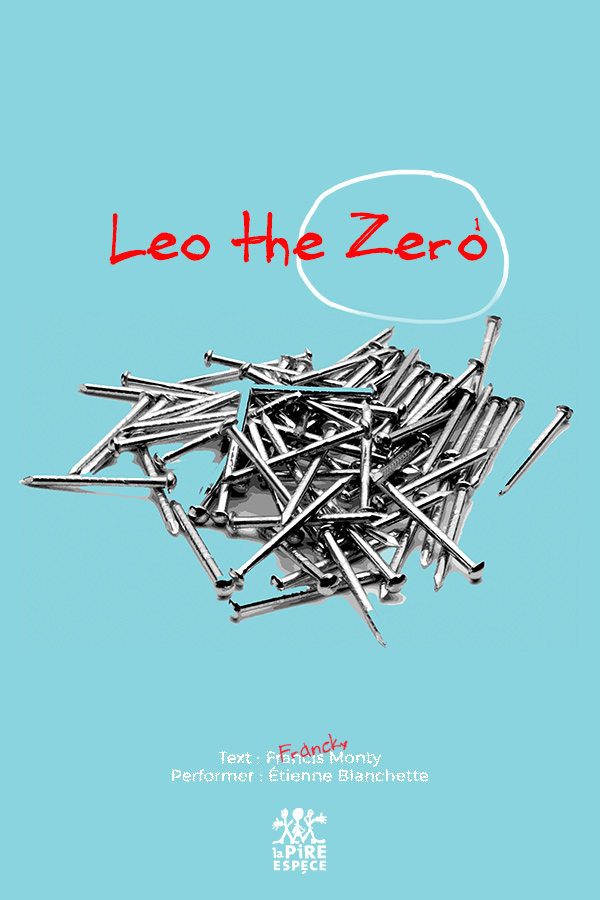 > For promotional material and technical information, go to the Pro Page